WATERLOO, Iowa (KCRG) – An organization that represents hundreds of businesses in the state of Iowa is suing the city of Waterloo over its recently-approved “ban the box” ordinance, according to court documents. 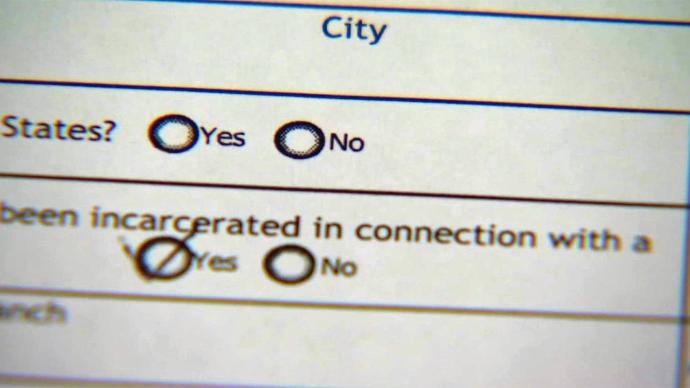 The Iowa Association of Business and Industry filed the lawsuit in Black Hawk County District Court on Thursday, January 2, 2020. The group is seeking a court order to prevent the ordinance from being enforced, and a declaration that it violates a state law passed in 2017. The city, the Waterloo Commission on Human Rights, and city attorney Martin Peterson are all named as defendants in the lawsuit.

The so-called “ban the box,” ordinance, formally known as Ordinance No. 5522, prevents employers from asking potential employees about their criminal history on application forms or during the interview process. Employers are also blocked from deciding not to hire someone based on a criminal record without a “legitimate business reason.” Exceptions would be made for schools and state or federal government jobs.

The Iowa ABI said, in its lawsuit, that the ordinance runs contrary to House File 295, passed into law in 2017 and signed by Gov. Terry Branstad. That bill, now Iowa Code 364.3(12)(a), states that a city “shall not adopt, enforce, or otherwise administer an ordinance…providing for any terms or conditions of employment that exceed or conflict with the requirements of federal or state law relating …hiring practices…or other terms or conditions of employment.”

That section of Iowa Code is better known for also preventing cities from setting their own minimum wage rates, among other employment practices, that conflict with state or federal law. The Iowa ABI advocated for passage of the bill in 2017.

The organization claims in its court filing that at least several of its members are located in Waterloo, which would result in them having to change their hiring practices before the ordinance goes into effect on July 1, 2020.

The ban the box ordinance passed the final reading by the Waterloo City Council on a 4-2 vote on Monday, October 7, 2019.