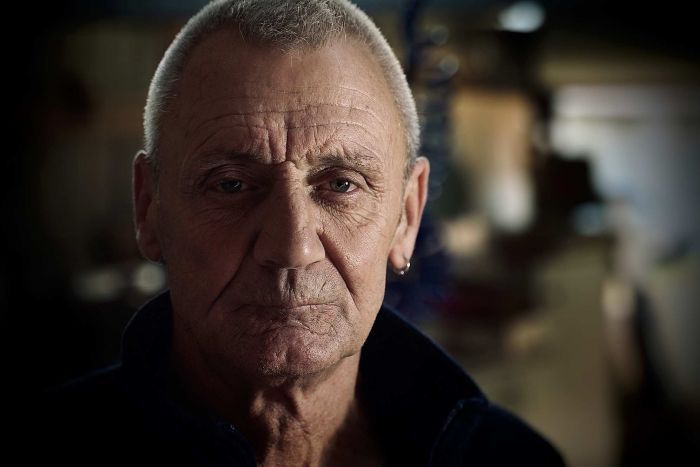 Just one look at Tony Bull’s weathered face and you can tell the former prison inmate has lived one hell of a life.

In the dim of his Hobart flat, the 54-year-old recounts the story of his life and a moment of insight that saved him, and it is clear it is not the first time it has been told.

“There are three reasons for crime: need, greed and addiction. For me it was more addiction, it was the thrill of the chase,” he said.

The self-described “property crook” and “safe cracker” spent a total of 20 years of his life behind bars in Hobart’s Risdon Prison.

What started as “thrill-chasing” with schoolmates quickly escalated into robbing tens of thousands of dollars from businesses in less than five minutes.

His times in prison left him homeless, unemployed and institutionalised, and ill-equipped to lead a normal life.

“I have many times where I think ‘jeez, it’d be so much easier in jail, I wouldn’t have to worry about anything’,” he said. 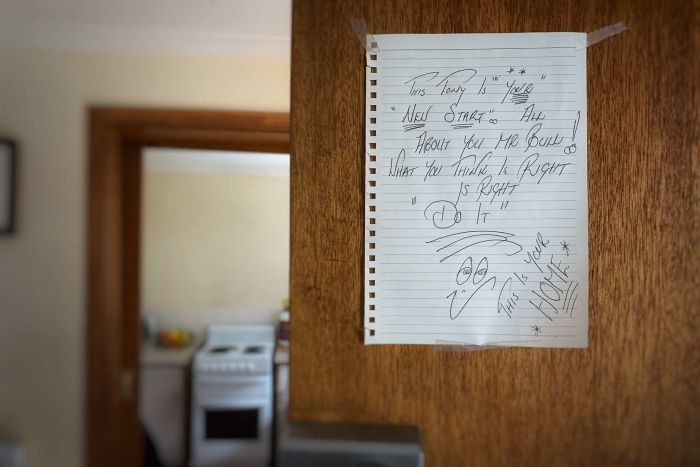 What ended Tony’s revolving prison door was no thanks to any government support programs, but to a moment of insight he had onboard a fishing boat in the middle of the night. 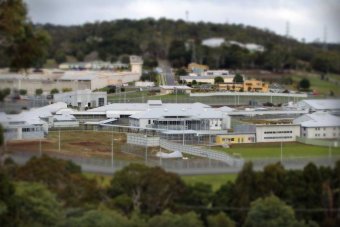 “I looked up at the stars in the dark, and I just had this overwhelming sense of freedom. That was the game-changer,” he said.

“That was where I began to redefine myself as not a criminal, not a prisoner, but at that moment, a fisherman and a human being.”

Tony has not been back to jail since, but few former inmates can hope for an epiphany like his to keep them on this side of the fence.

Most need major support to re-integrate back into society, and getting a job and a place to live can be critical to a new start. 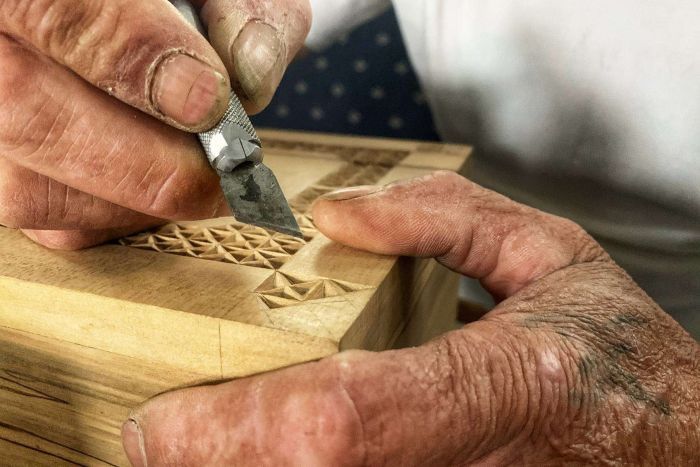 This year’s Productivity Commission report found 47 per cent of Tasmania’s prisoners land back behind bars within two years of release.

The figure is up from 39 per cent five years ago, and is the biggest jump in re-offending of any jurisdiction in the country.

The Salvation Army estimated about 750 adults are released from prison every year in Tasmania.

“You’re just opening that door [from prison] and letting that person walk down the driveway to the first pub, the first drug house, what’s going to happen? It’s pretty obvious,” Tony said. 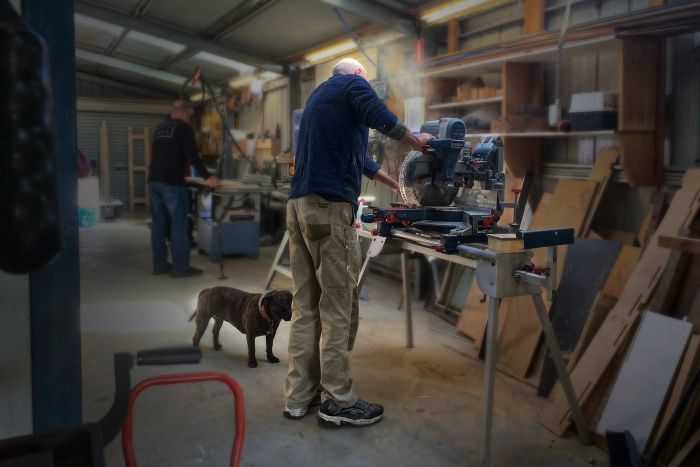 Finding a job on the outside has been one of Tony’s biggest challenges. He has been rejected by more than 50 employers.

He is now using the woodworking skills he learned in prison to make handmade jewellery boxes to get by — a label he calls “Convict Crafts”.

He hopes to one day run a mentor group for recently-released inmates that provides emotional and financial support by hand-building boxes and selling them at Salamanca Market in Hobart.

“It’s redemption for me in a sense, to try and get people through the experiences I’ve just gone through,” he said.

“It’s my little bit of forgiveness … for myself.”

“I’m always upfront about my record, you have to be, but once they do that criminal check, you’re pretty much knackered,” he said. 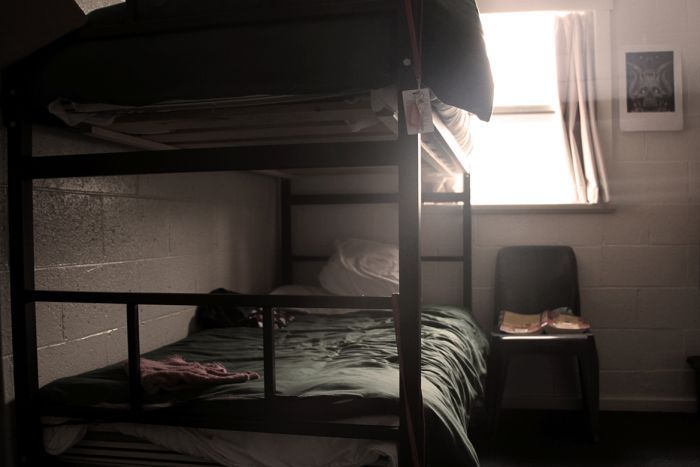 The Salvation Army’s Don McCrae has seen first-hand the reactions ex-prisoners get from prospective employers.

“The eyes glaze over and the chairs roll back, and [they say] ‘well, thanks very much for your time, we’ll be in touch’ and you know there’s covert discrimination going on but it’s really difficult to prove that,” he said.

Employment not only provides an income, it also provides former inmates with a new social group to associate with, something meaningful to do and an alternative label to identify with.

“It’s devastating for some people, a lot of them want to come out to just be another face in the crowd, to come out to that anonymity and not have their crimes follow them around,” he said.

‘Everything’s failing us out here’ 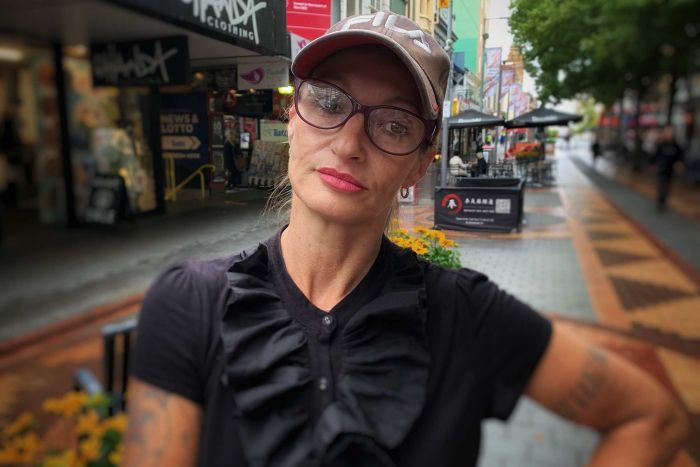 Hobart woman Rowena Worbey has been homeless for five years after domestic violence put her on the streets.

She has been in and out of jail a handful of times, where she served multiple stints for driving and assault charges.

“I was fighting for my life and scared and I ended up hurting somebody.

“You’re bound to get into trouble because you’re on the streets all the time, so you’re caring about what that bloke’s saying to that girl, or that deal that’s going on down there.

“Everything around you affects you.

“When something bad happens on the outside, you just want to run back to jail and be safe in your cell … there’s routine there, everything’s failing us out here.” 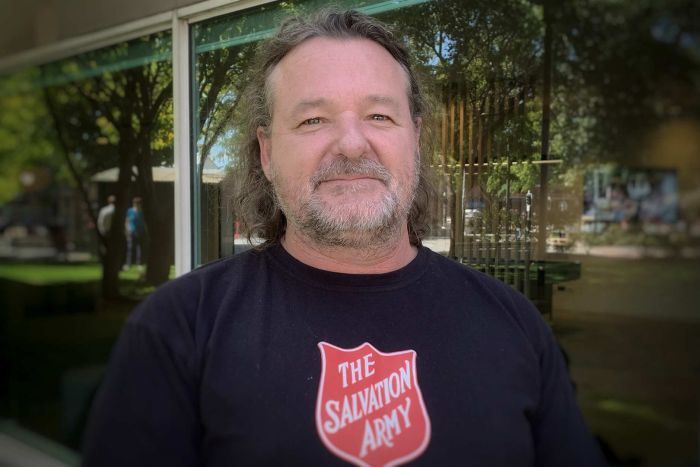 Don McCrae said incarceration “provides that certainty and stability for people who may otherwise have none”.

“People are often actively sabotaging their reintegration to go back to where it’s easier,” he said.

After spending almost a decade working with some of Tasmania’s most notorious criminals, Mr McCrae is at the helm of several support programs for prisoners transitioning back into society, including the Beyond the Wire program.

The Salvation Army-led program replaced the highly successful Reintegration of Ex-Offenders program which, despite seeing major decreases to the state’s recidivism rate, was axed by the state government in 2015.

But the organisation’s “finite” resources are stretched and there’s only capacity to help 66 of the 750 people released from prison every year.

For those still inside, questions remain about how effective the system is at rehabilitating prisoners while they serve sentences.

The government pointed to a range of programs designed to reduce the risk of re-offending and says a TasTAFE campus will be operating at the prison by July. 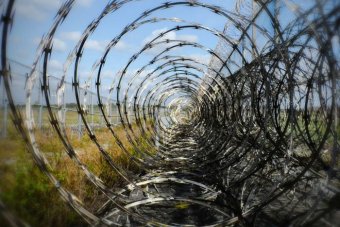 But with the overcrowded prison at Risdon Vale regularly in lockdown, inmates are often unable to access programs designed to curb re-offending.

The 2019 Productivity Commission report found Tasmanian prisoners had the lowest rate of employment while incarcerated, and the least amount of time out of cells in the country.

It also found Tasmanians pay some of the highest costs in the country to keep people behind bars, with an average cost to the taxpayer of more than $110,000 per year for each inmate.

The government said a recruitment drive had resulted in 40 new correctional officers who will be on the job by April, to address staffing shortages. 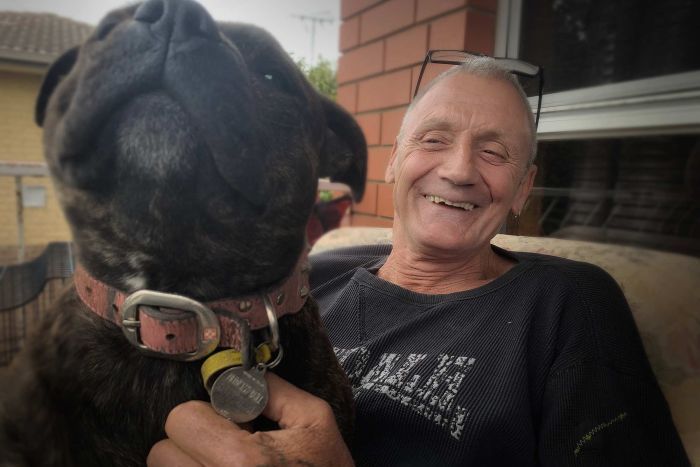 Calls to get tough on causes of crime

When asked what inmates need that they’re not getting, Tony replied: “Confidence and opportunity”.

“There’s no reason why a man can’t go to jail a criminal and come out a carpenter,” he said.

“Education brings rehabilitation, and if you don’t combine the two, you’ve got nothing but a paper trail of bullshit programs.”

Retired teacher and former Labor politician Harry Quick is doing his bit to help people get back on their feet.

He recently had a convicted murderer living in his spare room.

“He became part of my life, we shared cooking meals and when I had to go to the mainland for various things, he looked after the house, I trusted him,” he said. 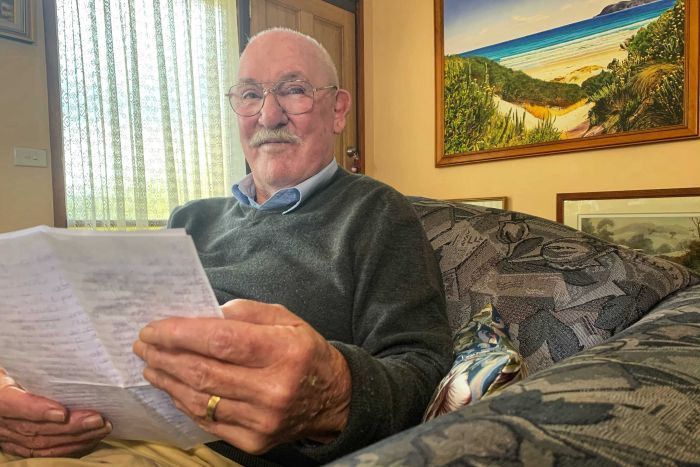 As Tasmania’s prison population continues to climb, there are plans to build another multi-million-dollar prison in the state’s north, to house up to 270 additional inmates.

“It’s about incarceration not rehabilitation and it doesn’t work,” Mr Quick said.

“I wish our prison people and the [Attorney-General] would go visit Europe and see what happens over there. It’s a lot cheaper and you have better outcomes.

“Let’s get tough on the causes of crime, and until we start doing that, more ambulances at the bottom of the cliff isn’t going to help our community at all.”

Criminal Court judge and Professor of Penology and Penitentiary Law at the University of Groningen, Sanne Struijk, has tracked the rapid decline of incarceration rates in the Netherlands, which has led to 19 prisons closing over the past few years. 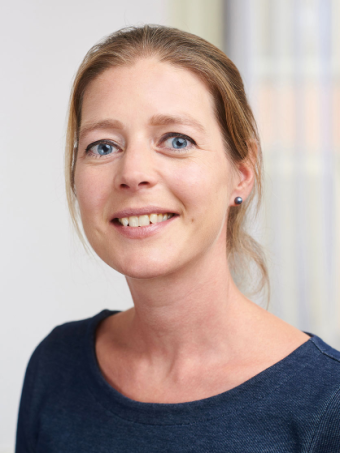 “Currently, we have 50 detainees per 100,000 inhabitants and that’s really low worldwide,” she said. “What’s working is there’s an integrated approach, with a variety of sentences.

“The crime rate has dropped and judges are keen to impose conditional and community sentences rather than prison sentences.”

Professor Struijk said incarceration in Dutch prisons is heavily based on reward and earned privileges for inmates, who take responsibility for their rehabilitation.

She said conditional sentences offenders’ liberties, control their behaviour and track their movements to ultimately keep them out of prison.

As a result, just 28 per cent of former Dutch inmates re-offend and return to prison within a two-year period.

In a statement, Tasmania’s Minister for Justice Elise Archer said she made no apology for putting serious offenders in prison to protect victims and the community.

“We have remained steadfast in our commitment to deliver on our promise to pursue reforms aimed at keeping dangerous criminals off the street,” the statement reads.

“We are also working to ensure offenders are successfully rehabilitated and reintegrated back into the community as productive, law-abiding citizens.” 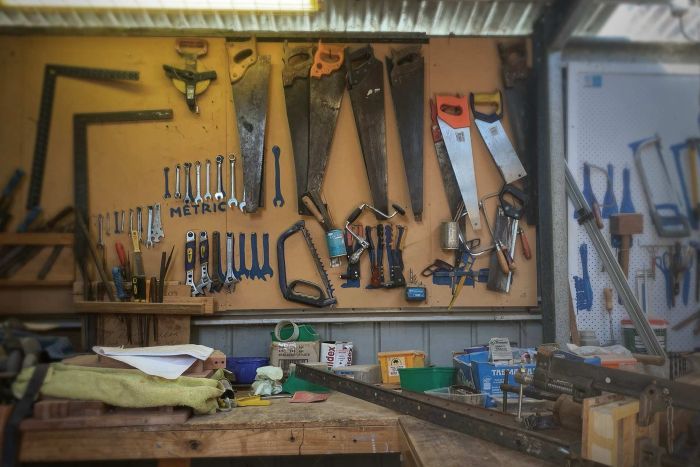