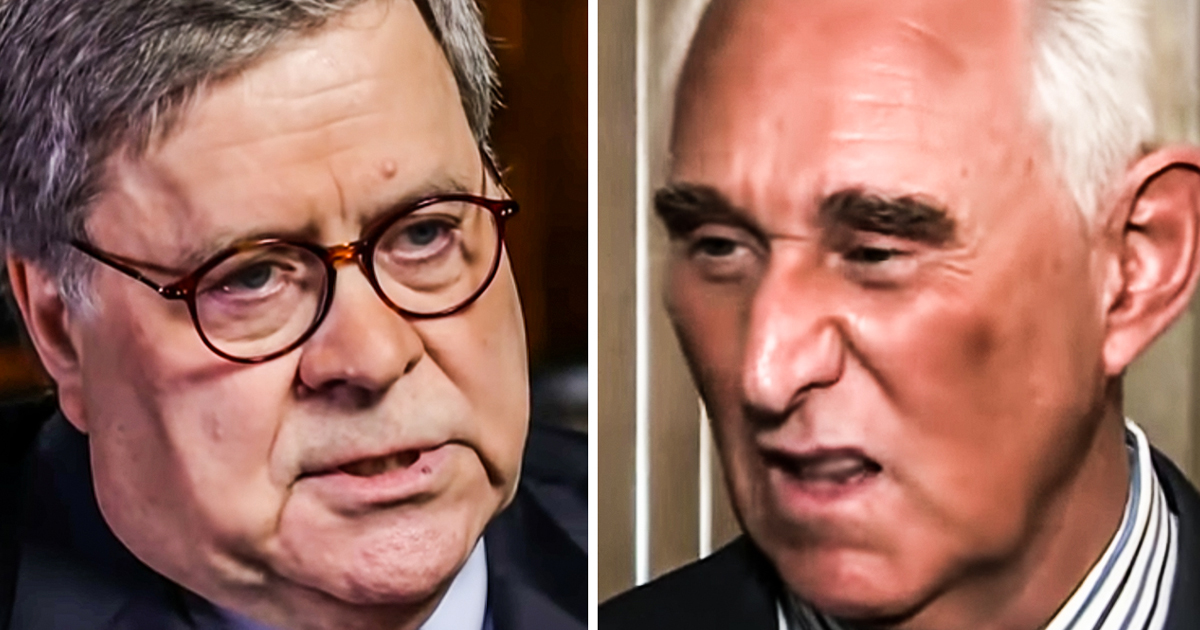 According to a new report by The New York Times, federal prosecutors at the Justice Department are no longer willing to take on cases that they fear could anger Donald Trump. This came after he had William Barr intervene in the Roger Stone case which resulted in 4 career prosecutors resigning. Nobody wants to anger Trump and they won’t even enforce the law if they fear it’ll anger him, effectively making him a dictator. Ring of Fire’s Farron Cousins discusses this.

*This transcript was generated by a third-party transcription software company, so please excuse any typos.

According
to a new report by the New York times earlier this week, career prosecutors in
the U S Department of Justice are now terrified of taking any cases that might
upset Donald Trump or that may involve friends or associates of Donald Trump.
And this happened the newer times actually spoke to prosecutors at the DOJ who
are now saying this as a result of Trump telling William Barr to go out there
and fix the sentencing recommendation for Roger Stone because of William Barr
coming out and recommending this reduction in the sentence request. All four of
the prosecutors who worked on that case ended up resigning and now other
prosecutors who do have a lot of cases to handle and prosecute against Donald
Trump’s friends. They’re now telling the New York times, we don’t know if we’re
going to do it. We’re terrified of it. In essence, Donald Trump has terrified
the U S Department of Justice into submission. It’s over folks. He won that us
Department of Justice no longer works for American citizens. They no longer
work for the federal government. They work for Donald Trump. These are his
personal lawyers and it’s because these prosecutors are afraid of losing their
job.

They’re
afraid of being retaliated against hell. They’re probably afraid of getting an
angry tweet from Donald Trump, and this is no way to live. Donald Trump has
effectively finished his metamorphosis into a fascist dictator. That’s what’s
happened here in the United States today. There is no other way to say it.
There was no other way to spin it. But when a Donald Trump controls the justice
system itself, not just the executive branch, we’re all kind of screwed. We
need these career prosecutors to go out there and actually do their job and now
they’re too afraid to do it. There are plenty of people who have been connected
to Trump, tied to Trump through the Mueller investigation, through the
impeachment hearings that broke the law. And we know they broke the law and
they have been charged with breaking the law. But now we may not have any prosecutors
left willing to take those cases. And the prosecutors who do may end up
essentially throwing the case so as not to convict one of Donald Trump’s
buddies.

That’s
not how justice in the United States is supposed to work. It doesn’t matter who
you’re friends with. It doesn’t matter how much money you have. It doesn’t
matter the color of your skin. Everybody should be subjected to the same form
of justice in this country, and that’s simply not what’s happening. And Trump
has come along and made it so much worse. These are the kinds of things that I
don’t know if we recover from Donald Trump and his administration didn’t come
in and replace all of the prosecutors at the DOJ. These are people that go to
law school. Maybe they go to private practice first, maybe they become public
defenders, but then eventually go to the DOJ. They’re not appointed. They just
get jobs there.

And
when all the good people are gone, when all of these people who say, I don’t
see left or right, I don’t see color, I just see crime or no crime and I
prosecute. Once Donald Trump has driven them out, then his DOJ will be in
charge of hiring new people. And you’re going to get Trump loyalists. You’re
going to get pro corporate, uh, prosecutors, you’re gonna get bigoted
prosecutors, and we’re going to see a dramatic turn in the kinds of cases that
this DOJ prosecutes. They’re not gonna go after corporations. They’re not going
to go after extremist groups. They’re going to go after average everyday people
with whatever they have, because that is what Donald Trump wants them to do.
Don’t take the big cases, don’t prosecute the actual criminals. You know, the
white collar criminals. There’s plenty of other scumbags throughout this
country that you guys should be throwing in prison. And that is exactly what
they’re going to start doing. If Donald Trump gets his way.